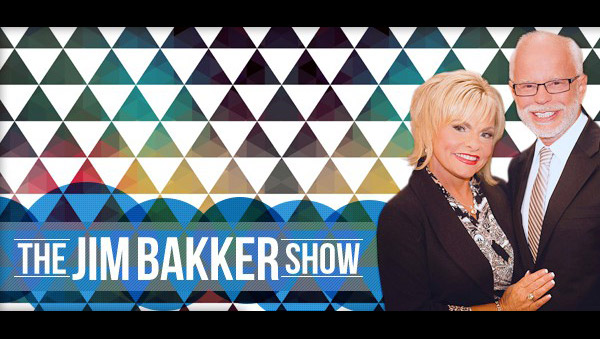 The Jim Bakker Show is an hour-long daily broadcast that is aired throughout the United States, Canada, and the entire world through multiple broadcasts on Direct TV, Dish Network and other worldwide satellites.

Sixteen years to the date that Pastor Jim made the last broadcast from PTL, he and Lori launched their new television ministry from Branson, Missouri. With the help of PTL Partners Jerry and Dee Crawford the ministry staff converted a restaurant into a café/television studio and called it Studio City Café. Together, Pastor Jim and Lori established The Jim Bakker Show continuing to host a one-hour, daily TV program that is shown throughout the United States and around the world.

In January, 2008 they moved the ministry and the daily program to a new location called “Morningside” in Blue Eye, Missouri. God is blessing this ministry as people are being saved and healed from this beautiful 700 acres in the Ozark Hills.

This 700-acre property is a thriving Christian community that also serves as the backlot for The Jim Bakker Show and multiple other LIVE broadcasts.

The main building serves as the world headquarters for The Jim Bakker Show and related ministries. This building has an enclosed, Old World style Main Street that Pastor Jim has named “Grace Street” which has served as the broadcast studio. The building also houses Grace Chapel, the Fireside Cafe, and shops as well as over 100 condos.

Pastor Jim is considered to be one of today’s experts on the Book of Revelation. Since prison, he authored, “I Was Wrong”, “The Refuge“, “Prosperity and The Coming Apocalypse” and more recently “Time Has Come“.

Lori has also authored a best seller “More Than I Could Ever Ask.” Their message is one of grace and total restoration. Millions relate to Pastor Jim and Lori’s testimonies of the redemptive power of love.

Pastor Jim says “If God can put our lives back together then he can do it for anyone.