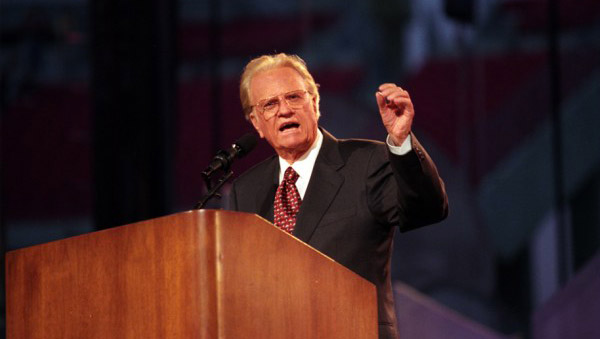 William Franklin “Billy” Graham, Jr. is an American evangelical Christian evangelist who has been a spiritual adviser to several Presidents and has led large rallies that have reached millions.

The ministy’s website says:  “Mr. Graham has preached the Gospel to more people in live audiences than anyone else in history—nearly 215 million people in more than 185 countries and territories—through various meetings, including Mission World and Global Mission. Hundreds of millions more have been reached through television, video, film, and webcasts.”